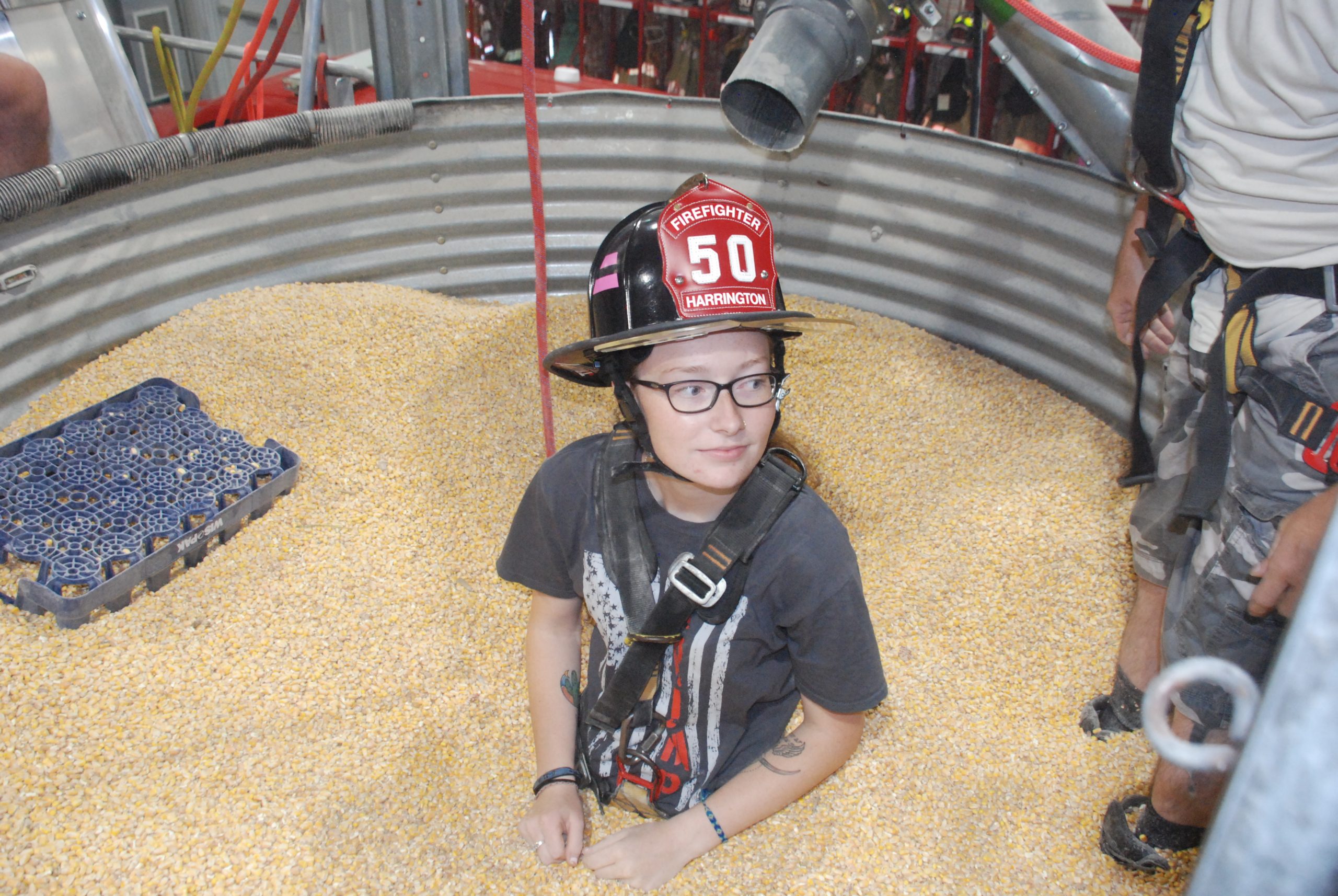 First responders in Delaware will have more access to grain bin rescue tubes and training this year thanks to Nationwide Insurance and the Delaware Farm Bureau.

Nationwide’s seventh annual Nominate Your Fire Department Contest saw 41 winners this year, some of which included awardees whose training and equipment was paid for by local farm bureaus. Of the awardees, two are from Delaware – Carlisle Fire Company in Milford and Odessa Fire Company.

Delaware Farm Bureau member and New Castle County Women’s Committee Chair June Unruh nominated the Odessa Fire Company for the award this year after hearing about the contest at a DEFB meeting.

“My husband and I are farmers and we have grain bins and a lot of the farmers, I think probably eight to 10 people in this immediate area, have grain bins. I just think it’s a real need to have something in place in case something happens. It makes me feel good as a farmer’s wife to know that we will have that available to us. And it’s just five miles up the road from where we live,” she said.

Unruh noted in her nomination that the closest grain bin rescue tube was in Harrington which is about 45 miles south of their family farm.

“That’s just too much time. These accidents happen quickly,” she said.

“If the grain shifts and you’re working in there, it only takes a few seconds before grain builds up around you,” Delaware Farm Bureau’s Sussex County Women’s Committee Chair Connie Fox said. She nominated Carlisle Fire Company in Milford for the award.

“If you’ve ever been to the beach and put your foot in the sand, you know your feet are heavy. When kids lay down and put sand all over your body, you can’t breathe. Grain does the same thing as sand. It puts pressure on you. You can’t breathe if you’re stuck. It takes less than 15 minutes,” she said of the deadly accidents.

“We began our Grain Bin Safety campaign in 2014 to support the agriculture community and put an end to avoidable deaths from individuals entering grain bins without recognizing the dangers and taking precautions,” said Brad Liggett, president of Nationwide Agribusiness. “Thanks to the generous and increasing support of our partners, I’m extremely proud to say that we’re providing more rescue tubes and training to first responders this year than we have ever before.”

Unruh took that importance to heart when she nominated Odessa Fire Company for this year’s award not just for her own family, but all of the farmers who live near their farm while acknowledging that the Odessa Fire Company often helps in nearby municipalities, as well.

“I think, all farmers, they get in a hurry sometimes and they don’t always follow safety pre-cautions and they get in an accident. It just makes me feel good. It should make them feel safe, too,” she said. “We’re farmers and we’ve been farming for a long time. Between his family and my family, we’ve been farming in the state of Delaware for nearly 200 years. Any kind of safety topic is my kind of cup of tea, keeping our farmers safe. We need them.”

As a farmer and member of Carlisle Fire Company’s Ladies Auxiliary, Fox feels the same passion for safety and knew her local first responders should have specialized training in case they ever encounter a grain bin accident.

Each of the 41 awardees will receive “four hours of training with a state-of-the-art grain entrapment simulator, which is loaded on a trailer and able to hold about 100 bushels of grain,” according to Nationwide.

The National Education Center for Agricultural Safety, or NECAS, will deliver the grain bin rescue tubes and training. Local training is expected to be scheduled this fall.

“Without that training, they would have to use some good old Yankee ingenuity to not get their own people caught,” she said.

“It’s as important as ever to be following proper safety precautions when entering a bin,” Liggett said. “Our goal is to continue these efforts until we can ensure every rural fire department has access to these critical rescue resources.”